Hearst Castle – A Favorite Place To Be

In the year 1928, while visiting in Germany, newspaper tycoon, WR Hearst, known to his friends as “The Chief ” and legendary movie star Marion Davies, adopted an abandoned dachshund puppy. Miss Davies named her new puppy Gandhi, after the man of peace who was popular in the news at that time. The Chief and Miss Davies brought their new puppy from Germany to his new home, Hearst Castle, in San Simeon, California.

Hearst Castle, the jewel of the California’s Central Coast, is nestled in the hills overlooking the Hearst Family Ranchlands and San Simeon Bay. WR Hearst’s dream was to share his castle with the world. His dream was that his enchanted home by the sea, would one day become a museum for everyone to enjoy.

The Hearst Family fulfilled his wish and generously gave Hearst Castle to the state of California. In 1957, Hearst Castle became a California State Historical Park. With up to a million visitors every year, WR Hearst’s dream of sharing his treasures with the world has certainly come true. 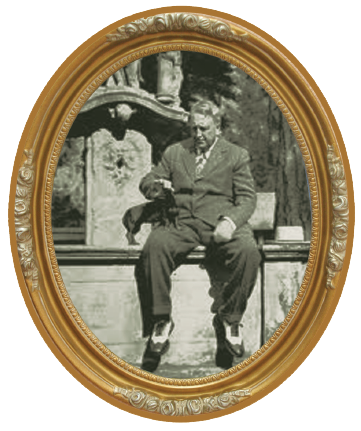 “The Chief” William Randolph Hearst with Gandhi- Circa 1930 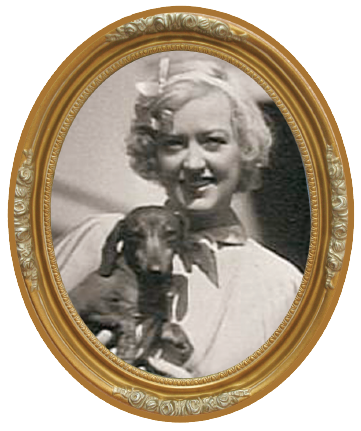